Our Twitter integration makes it possible to reward content creators with micropayments simply by mentioning them or commenting on their posts with a reference to the bot (@bottlepay) and the number of sats (Satoshis) of Bitcoin, or fiat currency equivalents, you would like to send to them.

Here's how it will look: 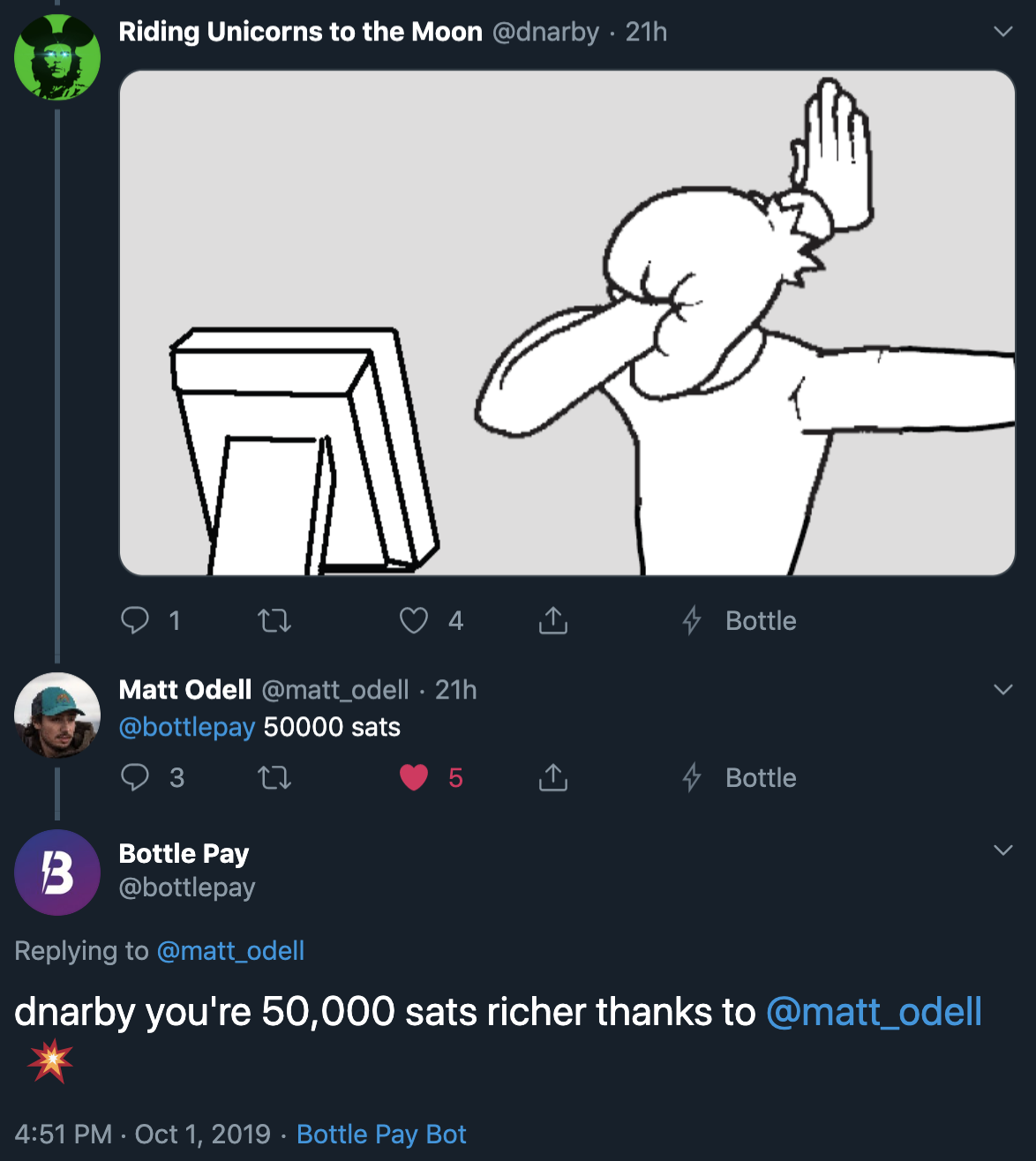 In order to do this, your Twitter account must be connected to Bottle Pay, and your wallet balance of sats sufficient to make the transaction.

If the person you are sending Bitcoin to is already a Bottle Pay user, they will receive a simple in-line notification that they have received sats from you.

We use HODL invoice to perform this function. Learn more about these here.

If you want to show appreciation to a specific tweet, you can reply using a shorthand syntax that will automatically assume you want to reward the owner of that tweet. This command follows a slightly different pattern:

This allows you to send an arbitrary amount of sats (or equivalent) from your Bottle wallet, directed at the Twitter user in the your @ mention. The user referenced in your @ mention will be validated, protecting you from typos.

NOTE: the Twitter API aggressively omits these tweets from its API results, it seems to flag them as spammy, so make sure you add some additional text to the message to increase its uniqueness.

Can I auto convert amounts of fiat currencies into sats when I send?

Remember, you can send Bitcoin to anyone, even if they don't have a Bottle Pay wallet or don't know anything about Bitcoin yet.

Still have questions? Slide into our Telegram group or email us on support@bottle.li

Lets get everyone involved 🙌🏻

Did this answer your question? Thanks for the feedback There was a problem submitting your feedback. Please try again later.